Tradition Four (Short): Each group should be autonomous except in matters affecting other groups or C.A. as a whole.

Tradition Four (Long): With respect to its own affairs, each A.A. group should be responsible to no other authority than its own conscience. But when its plans concern the welfare of neighboring groups also, those groups ought to be consulted. And no group, regional committee, or individual should ever take any action that might greatly affect A.A. as a whole without conferring with the Trustees of the General Service Board. On such issues our common welfare is paramount.

DEFINITION OF A COCAINE ANONYMOUS “GROUP”

A meeting is when two or more people gather together to share their experience, strength and hope with each other.

A meeting may call itself a C.A. Group when:

“Cocaine Anonymous is not organized in the formal or political sense. There are no governing officers, no rules or regulations, no dues or fees. While we are guided by the Twelve Traditions of Cocaine Anonymous, each group is generally free to conduct its business as it sees fit, as stated in Tradition 4.”

Q: Who is each group responsible to so far as its business and practices are concerned? A: each C.A. group should be responsible to no other authority than its own conscience.

Q: If other groups might be affected, what should be done? A: when its plans concern the welfare of neighboring groups also, those groups ought to be consulted.

Q: No group nor any C.A. service entity should ever do what? A: Take any action that might greatly affect A.A. as a whole.

Q: Without first doing what? A: Conferring with the Trustees of the World Service Board

Q: What is paramount? A: Our common welfare. 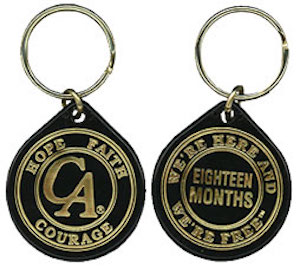