Tradition Eleven (Short): Our public relations policy is based on attraction rather than promotion; we need always maintain personal anonymity at the level of press, radio, television and films. (What about the Internet?)

Tradition Eleven (Long): Our relations with the general public should be characterized by personal anonymity. We think A.A. ought to avoid sensational advertising. Our names and pictures as A.A. members ought not be broadcast, filmed, or publicly printed. Our public relations should be guided by the principle of attraction rather than promotion. There is never a need to praise ourselves. We feel it better to let our friends recommend us.

Traditionally, C.A. members have always taken care to preserve their anonymity at the public level: press, radio, television and films. We know from experience that many people with drug problems might hesitate to turn to C.A. for help if they thought their problems might be discussed publicly, even inadvertently, by others. Newcomers should be able to seek help with complete assurance that their identities will not be disclosed to anyone outside the Fellowship.

Cocaine Anonymous is grateful to all media for their assistance in strengthening and observing the Tradition of anonymity. Periodically, the C.A. World Service Office sends to all major media a letter describing the Traditions and asking their support in observing it.

A C.A. member may, for various reasons, “break anonymity” deliberately at the public level. Since that is a matter of individual choice and conscience, the Fellowship as a whole has no control over such deviations from Tradition. It is clear, however, that they do not have the approval of the group conscience of C.A. members.

This, in brief, is the process by which A.A.’s Tradition Eleven was constructed. To us, however, it represents far more than a sound public relations policy. It is more than a denial of self-seeking. This Tradition is a constant and practical reminder that personal ambition has no place in A.A. In it, each member becomes an active guardian of our Fellowship.

Q: How should our relations with the general public be characterized? A: Personal anonymity.

Q: What should C.A. avoid? A: Sensational advertising.

Q: As C.A. members, how should our names and pictures be treated? A: Not broadcasted, filmed or publicly printed.

Q: What principle should guide our public relations? A: Attraction rather than promotion.

Q: What do we never need to do? A: Praise ourselves.

Q: If we don’t, who will? A: We let our friends recommend us. 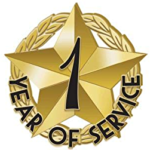