A member continuously disrupts group meetings with loud abusive and bullying behaviour towards fellow members and newcomers. Membership in the group continues to decline. New people coming to the meeting for the first time often do not return.

The elders led Ed aside. They said firmly, “You can’t talk like this around here. You’ll have to quit it or get out.” With great sarcasm Ed came back at them. “Now do tell! Is that so?” He reached over to a bookshelf and took up a sheaf of papers. On top of them lay the foreword to the book “Alco­holics Anonymous,” then under preparation. He read aloud, “The only requirement for A.A. membership is a desire to stop drinking.” Relentlessly, Ed went on, “When you guys wrote that sentence, did you mean it, or didn’t you?” Dismayed, the elders looked at one another, for they knew he had them cold. So Ed stayed.

Our brother the noisy drunk affords the simplest illustration of this Tradition (One). If he insists on disrupting the meeting, we “invite” him to leave, and we bring him back when he’s in better shape to hear the message. we are putting the “common welfare” first. But it is his welfare, too; if he’s ever going to get sober, the group must go on functioning, ready for him.

Can a member be thrown out of a group for disrupted, abusive behaviour?

How might the group deal with a member whose conduct is threatening the common welfare of the group? 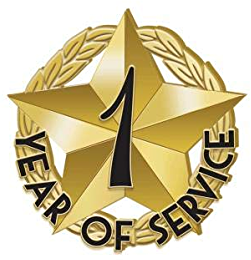